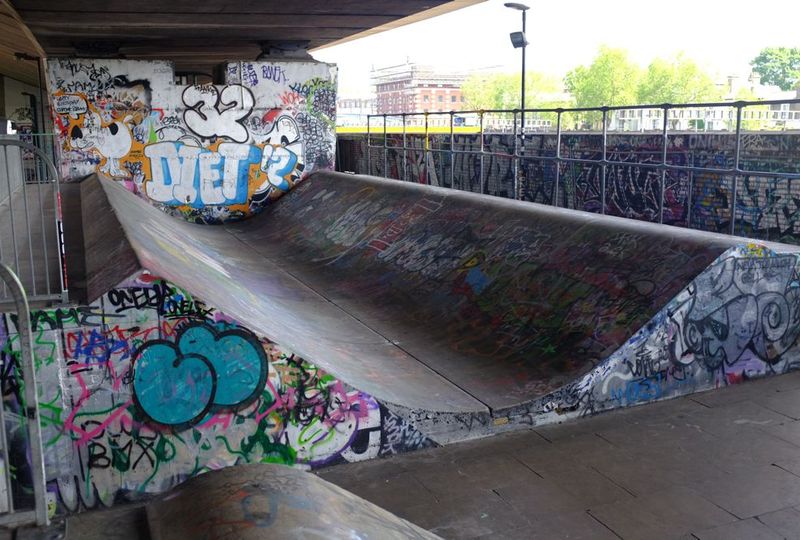 Royal Oak, or sometimes called Meanwhile 2 due to it's closeness to the bowls in Meanwhile Gardens, is a mix of a very old pre-cast concrete halfpipe (without any real flat bottom) and a modern concrete skatepark. The park is under the cover of the A40 overpass, the same road which BaySixty6 is under.

The original halfpipe has two heights with a large gap between, made famous by Mark Gonzales, Tom Penny and a select few other who have claimed tricks over it.

The shallow end is bowled out and has recently had a ledge added surrounding when the adjoining modern park was built.

The modern half of the park is a simple but well thought out layout with a hip, bowl corner, flatbank and T-Block ledge too.